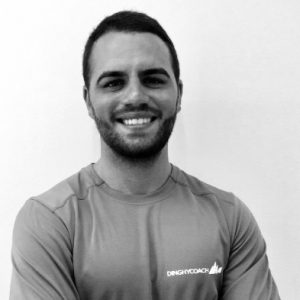 Kevin has sailed Lasers at a high level himself, getting a several medals at both Laser4.7 and Laser Radial European & World Championships. Since then Kevin has been coaching during Dinghycoach Clinics, National team trainings for NED and ESP ILCA teams and Dinghycoach clinics and team trainings in Lanzarote. As a sailor he is part of the Spanish Impuls Youth America’s Cup team sailing GC32 Foiling and AC45 Foiling Catamarans and did several keelboat championships.