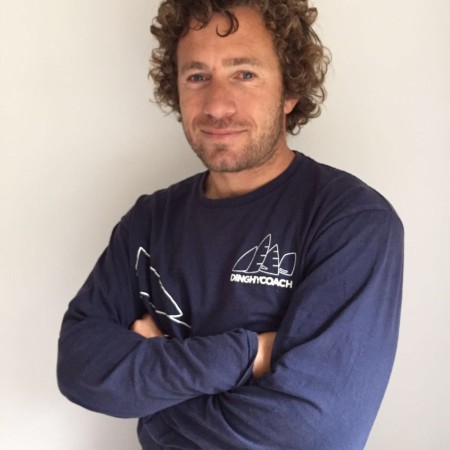 Bocha is co-founder of Optisailors, and is now joining the Dinghycoach team to help provide the best coaching for young sailors.
He has been a sailor in Optimist, Cadet, Lightning, 470, 29er & 49er  classes. In all of them competing at international level and achieving good performance.
Has also been part of J80 & Melges 32 campaigns, including participation in World Championship.
He is the Sailing Director of the training base in Lanzarote.
Bocha has been coaching since 1999, for many teams, in different nations. He has a lot of experience on a wide variety of classes.